DogLab is reader supported. When you buy through our links, we may receive a commision.

Riboflavin is a very common additive to dog food. In fact, if you look on the ingredients of your current dog food, you’ll probably find it listed.

But what is riboflavin, and is it safe for your dog?

Today we explore what riboflavin is, why it’s in your dog’s food and the role it plays.

Riboflavin is a B vitamin

B vitamins are a collection of vitamins that are essential to your dog’s health. B vitamins keep your pup’s body functioning correctly – without them, your dog would suffer serious health issues.

The B vitamins are:

However, on the ingredients list, you’ll see it written as either riboflavin supplement or crystalline riboflavin. I’ll explain the different between the two in just a moment.

How does riboflavin help your dog?

1. Supports digestion
Many of the enzymes in your dog’s body require riboflavin to break down protein, carbohydrates and fat, and turn them into energy. Without riboflavin, your dog could not digest these.[2]

1. Supports growth and healing
Riboflavin plays a key role in repairing and growth of DNA. To put it simply, DNA maintains your dogs general health, from healing injuries, slowing down aging and even assisting in preventing diseases like cancer.

As you can see, riboflavin is essential to your dogs health. If your dog doesn’t get enough, it can lead to a riboflavin deficiency, usually called a vitamin B2 deficiency.

In extreme cases, a Vitamin B2 deficiency can be fatal.

That’s why there are the dietary recommendations for dogs include substantial amounts of riboflavin.[3]

Why is riboflavin added to dog food?

As I discussed earlier, riboflavin is found in foods like eggs, pork, beef and spinach.

It’s very likely that your dog food has some of these ingredients in it already.

But even if your dog food has ingredients containing riboflavin, that doesn’t mean there is enough to keep your dog healthy.

You see, when dog food is manufactured, there are a wide range of factors that can impact how much of a vitamin or mineral remains in the food.

Cooking time, cooking method, temperature, light, and air can all reduce the total vitamin content of your dog food.

Riboflavin in particular is sensitive to light.[4]

By the time the dog food is packaged, there may not be enough riboflavin in your dog’s food.

That’s not a good thing…

A deficiency in riboflavin can cause long-term health issues for your dog.

That’s why dog food manufacturers add riboflavin back into the dog food as a separate ingredient – to ensure your dog has enough to meet his daily requirements.

There are two types of riboflavin that are added to dog food:

By feeding your dog a pet food that lists either of these as an ingredient, you are helping to ensure your pup has enough riboflavin in his diet.

Is riboflavin safe for dogs?

Yes, riboflavin is safe for dogs.

The AAFCO recommends 1.3 mg of thiamine per 1000 calories for all life stages – growth, reproduction, and and adult maintenance.

However, the AAFCO does not set an upper limit for how much riboflavin should be included in dog food.

Not that this is an issue…

It has been shown that even at incredibly high doses, riboflavin isn’t toxic to humans or animals – even at 10 to 20 times more than is recommended.

So you shouldn’t be concerned about your dog overdosing on the small amount of riboflavin in his food – even if your dog was to eat an entire bag of kibble!

That’s because riboflavin is water soluble. At levels of just 3 times higher than is required, your dogs body stops being able to store the vitamin.

Once the appropriate riboflavin levels are met, the excess leaves the body each time your dog pees or poops.

This is part of the reason why your dog should consistently eat foods containing riboflavin – to replenish his riboflavin levels.

No. Riboflavin does not trigger any allergies in dogs

Are there any additional studies on riboflavin?

Most of the studies about riboflavin in dogs have been about determining nutrient requirements, and took place quite some time ago.

However, one recent study found that dogs on a diet are at risk of riboflavin deficiency! The authors brought attention to the importance of reducing weight slowly, with a complete diet.[6]

What are the regulations regarding adding riboflavin to dog food?

The FDA allows riboflavin to be added to food under the following regulations:

Under FDA regulations, crystalline riboflavin can be used as an additive under the GRAS notification. As long as good manufacturing processes are used, riboflavin is considered a safe ingredient.

The AAFCO mandates that when riboflavin is displayed on a guaranteed analysis, it be be measured in milligrams per pound.

Crystalline riboflavin has been assigned the international feed number 7-03-920.

Are there similar ingredients to riboflavin?

No, there are no similar ingredients that can replace riboflavin. Riboflavin is an essential vitamin that is required for your dog’s well being.

The Dog Lovers Behind This Article 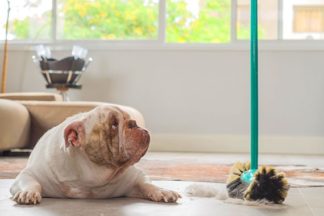 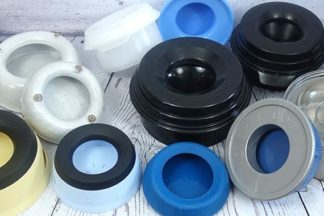 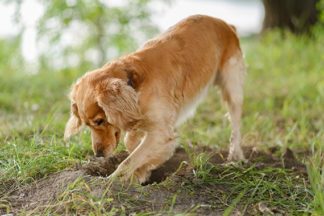 How To Stop Your Dog From Digging 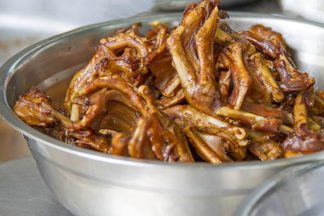 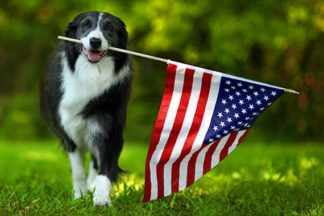 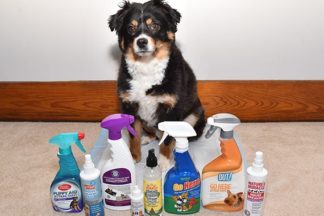 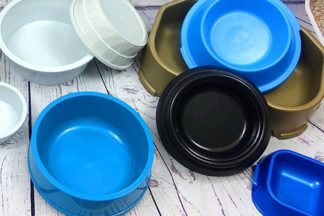 Content found on doglab.com is for informational purposes only and is not intended to be a substitute for professional veterinarian advice.

You can send us a note too.